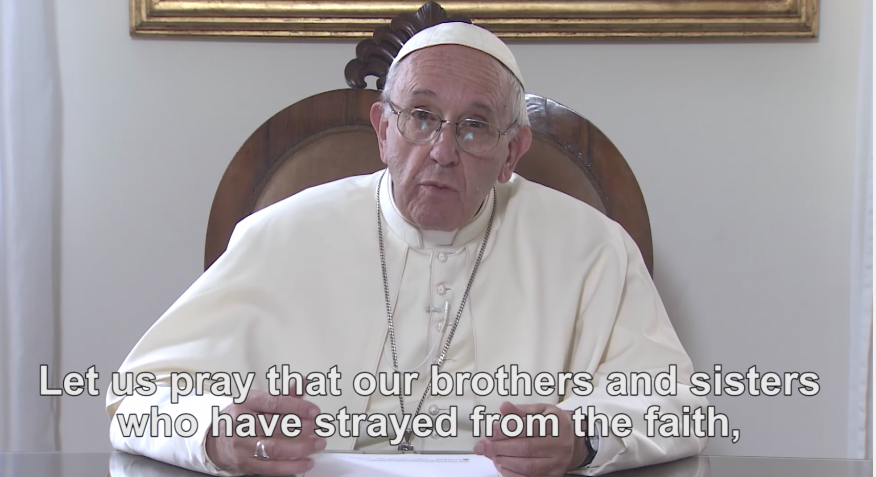 In July, Pope Francis asks us to pray for those who have strayed from the faith. Watch the video below. Full text can be found below the video. “Let us never forget that our joy is Jesus Christ — his faithful and inexhaustible love. When a Christian becomes sad, it means that he has distanced himself from Jesus. But then … END_OF_DOCUMENT_TOKEN_TO_BE_REPLACED 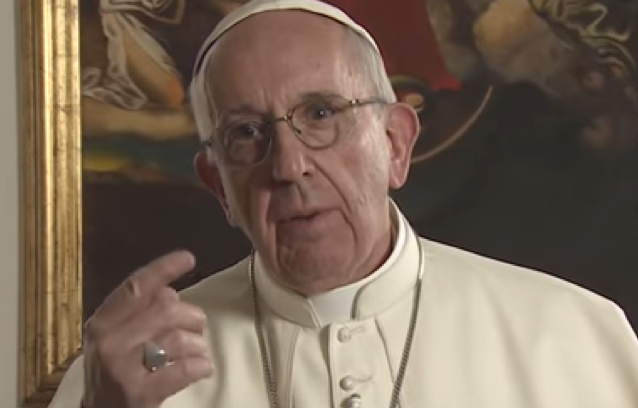 Pope Francis calls for an end to the arms trade in his June prayer intentions. Full text follows the video below. “It is an absurd contradiction to speak of peace, to negotiate peace, and at the same time, promote or permit the arms trade. Is this war or that war really a war to solve problems or is it a … END_OF_DOCUMENT_TOKEN_TO_BE_REPLACED 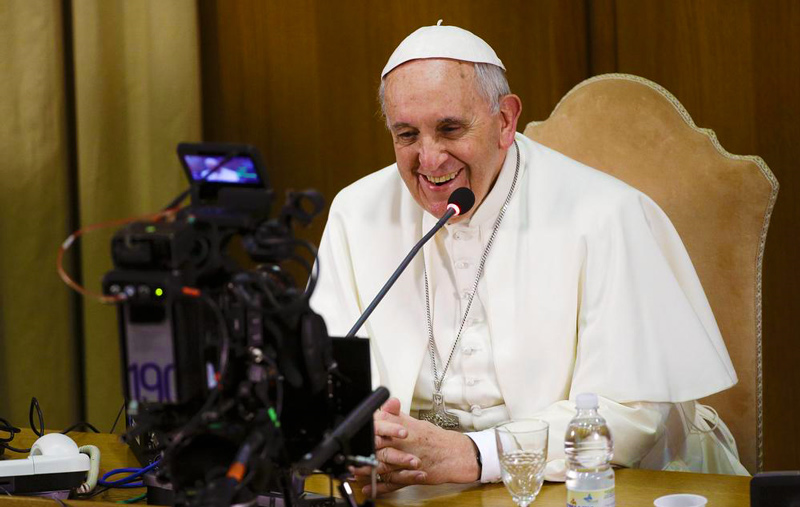 Join Pope Francis during this month of November as he asks us to join him in praying for the countries receiving refugees. We have seen images and video of the conditions many refugees are faced with everyday. Let us join together in prayer. 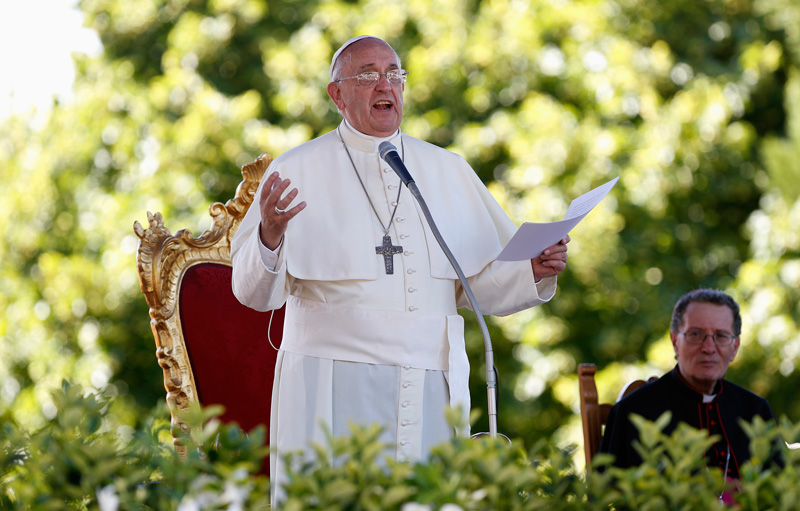 Let us join Pope Francis in his October Prayer Intention. 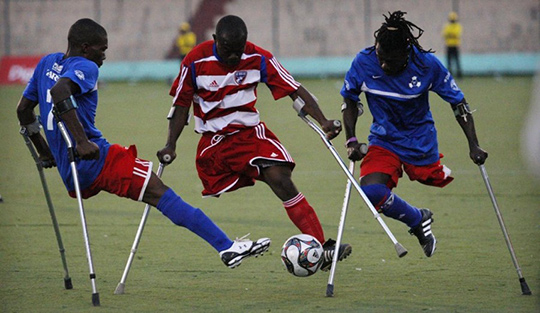 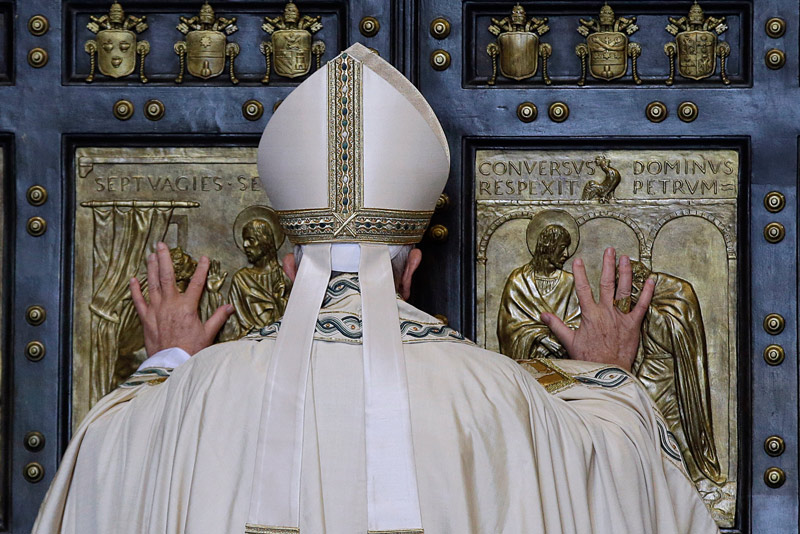 (Catholic News Agency) Thousands of poor and excluded men and women from across Europe will be given a once in a lifetime opportunity this November: a chance to celebrate the Jubilee Year of Mercy in Rome with Pope Francis. Around 6,000 people will be sponsored for the Nov. 11-13 pilgrimage to Rome. “This time of pilgrimage and opportunity to meet … END_OF_DOCUMENT_TOKEN_TO_BE_REPLACED 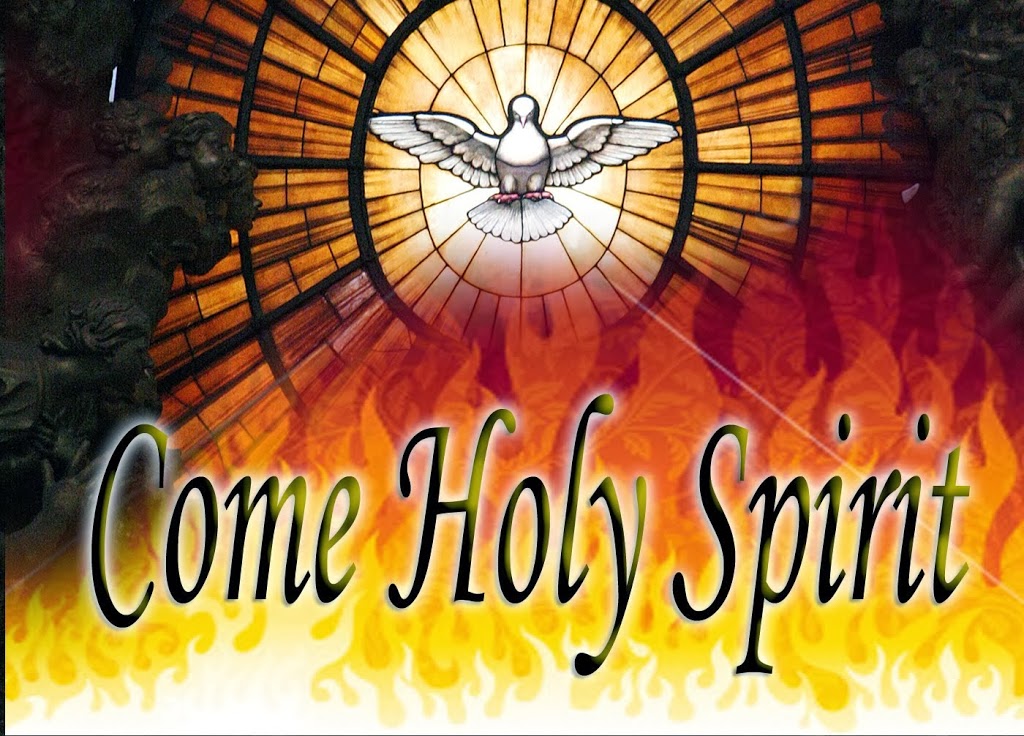 (Aleteia) What is the most unlikely gift you have received? I have a friend who received a set of salt and pepper shakers in the shape of a maid and a butler. When you used them, they played the classic Elvis Presley song, “Love Me Tender.” I’m thinking of uncalled-for gifts because on Sunday we at least acknowledged, if not … END_OF_DOCUMENT_TOKEN_TO_BE_REPLACED 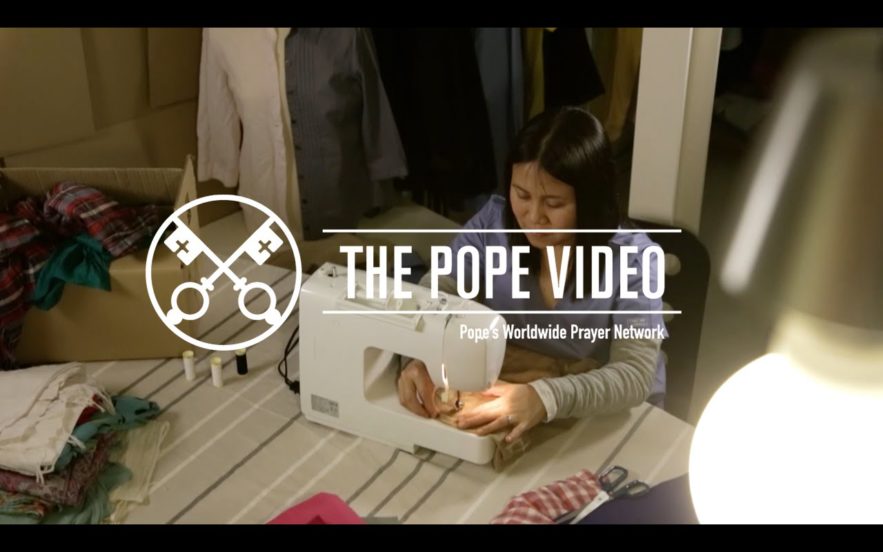 Since January, Pope Francis has been inviting us to pray with him for his special intentions. With the help of the Pope’s Worldwide Prayer Network, he has been introducing his intentions through videos. His video for May asks for the prayers and respect for all women. During this month of Mary, it seems very fitting that we should pray for … END_OF_DOCUMENT_TOKEN_TO_BE_REPLACED

May, is the month of Mary. Let us take a look at what some of our Popes and Church leaders have shared about our Blessed Mother Mary. “May she who experienced the cares and hardships of earthly life, the weariness of daily toil, the hardships and trials of poverty, and the sorrows of Calvary, come to aid the needs of … END_OF_DOCUMENT_TOKEN_TO_BE_REPLACED 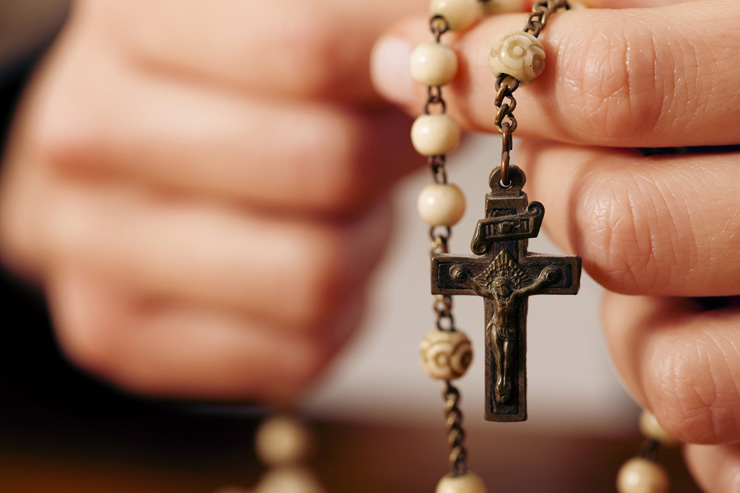 ( Aleteia )We Christians face a spiritual battle each day. The Word of God teaches us that our life on earth is a constant struggle against the Evil One, and it reminds us that we have decided to follow Christ and to be always ready to face the Devil’s blows. To make this Lent a time of authentic conversion, with … END_OF_DOCUMENT_TOKEN_TO_BE_REPLACED 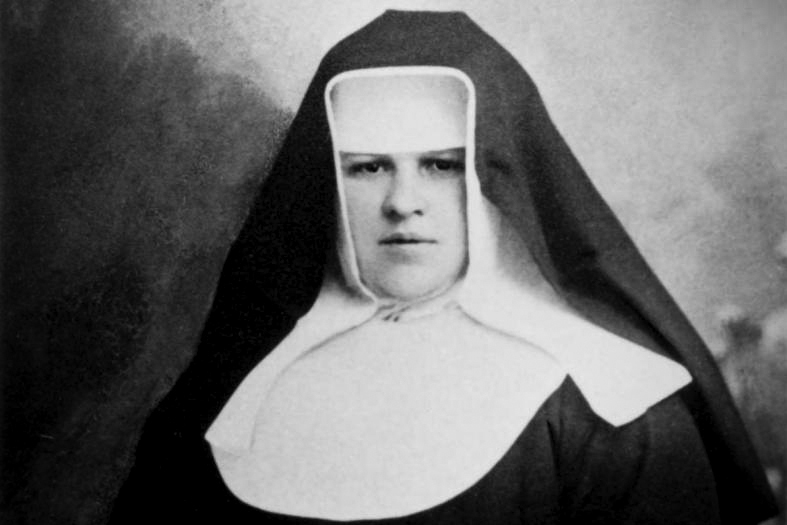 With many pilgrims traveling for World Youth Day in Krakow, Germany, read how one woman, martyr stood up for her belief against Nazi Germany. ( Aleteia )Sister Maria Restituta began Lent of 1942 under arrest. She was taken on Ash Wednesday. Her crime: “hanging crucifixes.” She was sentenced to death. The following year, on Tuesday of Holy Week, she was … END_OF_DOCUMENT_TOKEN_TO_BE_REPLACED 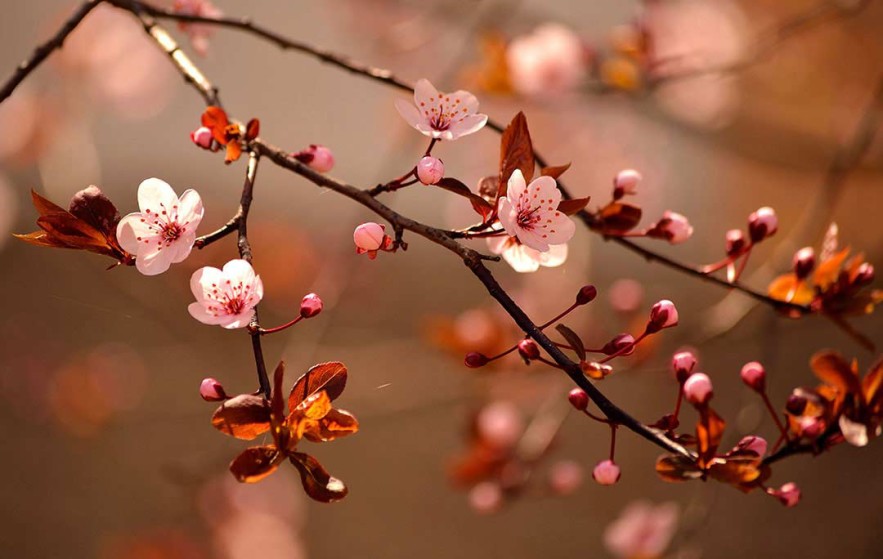 ( Busted Halo ) A long winter is fading into the calendar. Sunlight seems more content to lounge around past dinner and may even reach through the early spring chill and kiss our skin with bits of red if we lean its way. The world draws us closer together as it warms. The cold and darkness that made us slowly … END_OF_DOCUMENT_TOKEN_TO_BE_REPLACED