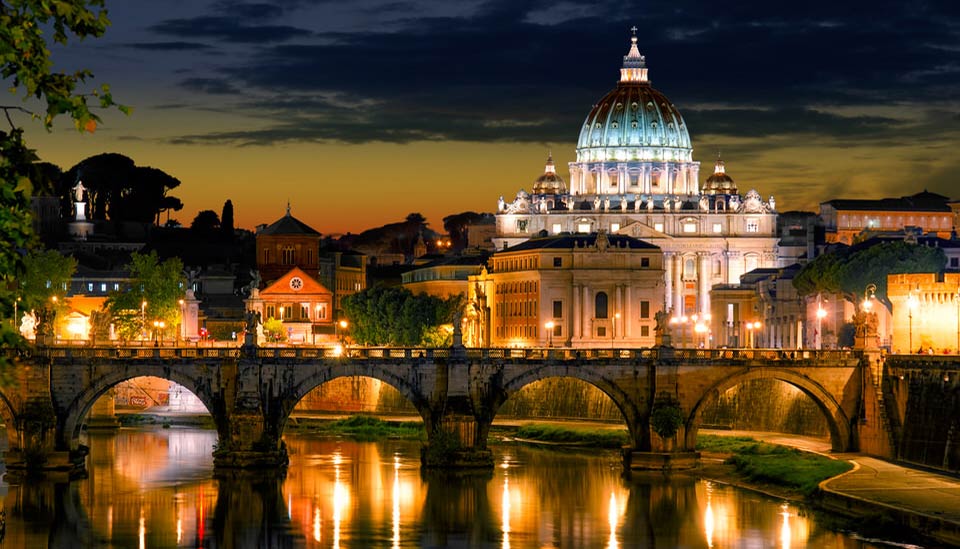 (CNA/EWTN News) While Rome is always a popular destination for tourists, with millions of visitors annually, the Eternal City this year will be swarming with even more sightseers who want to make a pilgrimage to the city’s Holy Doors for the Jubilee Year of Mercy.

The Holy Year, which takes place Dec. 8, 2015-Nov. 20, 2016, will draw countless pilgrims to Rome, which is why Vatican journalist Joan Lewis decided to write a field guide for visitors, called “A Holy Year in Rome: the Complete Pilgrim’s Guide for the Jubilee Year.”

“The idea for the book came to me the very day Pope Francis announced it – March 13, 2015,” said Joan Lewis, Rome bureau chief for EWTN Global Network.

For pilgrims traveling to Rome, the Holy Year of Mercy “is a profoundly rewarding spiritual journey, an occasion to gain special graces and indulgences such as when you walk through the holy doors of the four papal basilicas,” she told CNA.

The book offers pilgrims a font of information, such as the unique benefits of the Holy Year, how to visit the seven pilgrim basilicas, and useful tips on navigating the city. It also includes the Bull of Indiction, the papal announcement, and other documents relevant to the Jubilee.

Having walked the cobblestone streets of Rome for more than 20 years, Lewis has navigated pilgrims through past holy years – she wrote a small volume on the Jubilee Year in 2000. After receiving a positive response, she was asked by many of her readers to write another road map for the 2015-2016 Year of Mercy.

“I’ve dedicate many pages to the history of Jubilees, with a lot of fascinating information, such as the churches and bridges and hospices and hospitals that were built because of an approaching Holy Year,” Lewis said.

“I’ve also dedicated a lot of pages to fascinating and helpful tips for tourists – how to visit Vatican City, get tickets for papal events, reserve tickets to the Vatican Museums… and I have a section with a great list of restaurants,” she continued.

Lewis said this Holy Year is extra special because Pope Francis extended the benefits of the Jubilee to every diocese around the world, encouraging parishioners to make mini-pilgrimages to their local Holy Doors during the year.

In addition, Lewis explains throughout her book the various liturgical customs that are unique to the Jubilee Year, such as the significance of the opening of the Holy Doors at the papal basilicas in Rome and throughout the world.

She also details a calendar of events and different monthly celebrations in Rome that commemorate certain groups of people, such as missionaries, confessors, or catechists.

Living just a five-minute walk from Vatican City, Lewis says she “feels a huge closeness to the Church itself,” especially when she can see the dome of St. Peter’s from her living room. One of her favorite aspects of the Jubilee Year is participating in “all the special Holy Year events,” as well as meeting pilgrims from around the world.

“I love hearing their stories and knowing why they are in Rome and how they react to being in the presence of the Holy Father,” she reflected, saying they often “undergo great difficulties just in traveling to Rome.”

Although her book is meant as a pilgrim’s guide to Rome during the Holy Year, Lewis notes that her writings are not limited to travelers in Italy.

“I believe any pilgrim in their own diocese will find this helpful because I give the history of the Jubilee Years. I bring you in writing to Rome, Vatican City, Castelgandolfo, the catacombs – so many interesting places,” she said.

“Even if you cannot visit Rome in person, you can visit virtually.”

Are you interested in going to Rome on a pilgrimage during this Year of Mercy? If so, call Tekton Ministries TODAY at 317-574-4191.