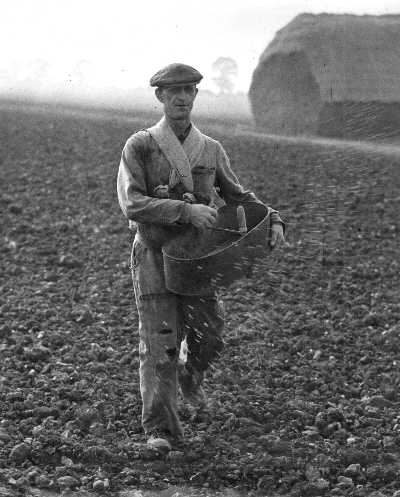 “Jesus said to his disciples”
Did Jesus really say this to his disciples?  Ahh, here is where the Scripture scholars are energized.  Some say “yes, kind of”.  Some say, “no”.  Either way, two things are clear: 1) that the scholars do not agree; 2) Jesus didn’t say it exactly as it appears in our readings today.  Is that my own personal view?  Why yes it is.  But it happens to be in accord with the USCCB Magisterial teachings in the NAB.
The notes that explain this “Explanation of the Parable of the Weeds” say the following:

In this explanation of the parable the emphasis is on the various types of soil on which the seed falls, i.e., on the dispositions with which the preaching of Jesus is received. The second and third types particularly are explained in such a way as to support the view held by many scholars that the explanation derives not from Jesus but from early Christian reflection upon apostasy from the faith that was the consequence of persecution and worldliness respectively. Others, however, hold that the explanation may come basically from Jesus even though it was developed in the light of later Christian experience. 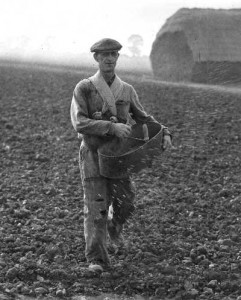 So what did Jesus actually say to his disciples.  There is no way to know, exactly.  Maybe all he said was what we heard in yesterday’s Gospel:

“A sower went out to sow.
And as he sowed, some seed fell on the path,
and birds came and ate it up.
Some fell on rocky ground, where it had little soil.
It sprang up at once because the soil was not deep,
and when the sun rose it was scorched,
and it withered for lack of roots.
Some seed fell among thorns, and the thorns grew up and choked it.
But some seed fell on rich soil, and produced fruit,
a hundred or sixty or thirtyfold.
Whoever has ears ought to hear.”

Either way the early Church felt that what was said needed to be explained in greater detail and in a way that applies directly to the obstacles to following through on what Jesus originally said.  And the early Church’s explanation of the parable, if indeed it was the early Church who added it, is pretty decent with regard to what it offers as commentary on Jesus’ original parable.
Simplified.  Either way, what Jesus said and what the Church explained was: make sure you are open to hearing the Word of God; that you are fertile soil ready to receive the Word of God.