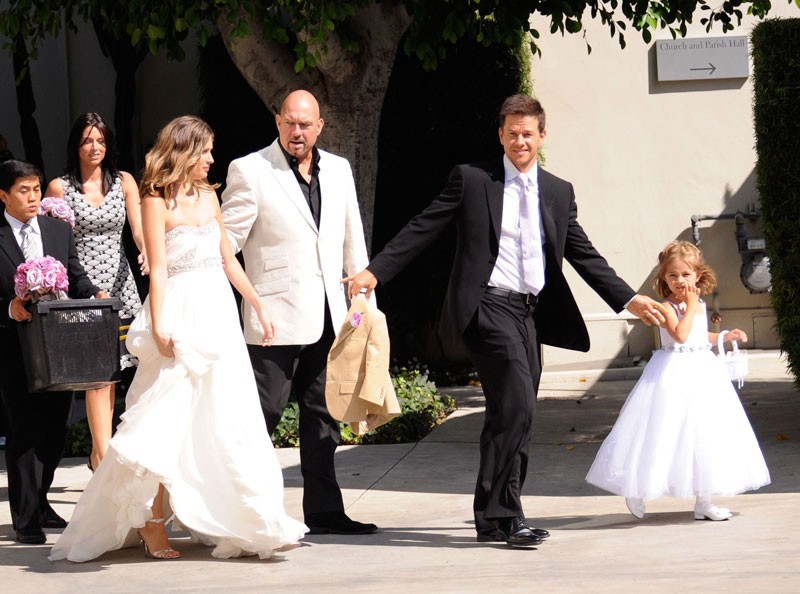 (Mauricio Artieda)  “The first thing I do when I start my day is, I get down on my hands and knees and give thanks to God.”

I must confess that making posts on Hollywood conversions can be terrifying. It isn’t rare that we Catholics get excited when an actor says something about the faith. Sometimes we are even quick to elevate them to the status of models of Christian life. Soon after, they come around and start spouting out rubbish and, naturally, we feel disappointment. I am going to be clear then with this post: it seems that Wahlberg is a sincere Catholic, and has been for some time. He gives a very positive testimony of faith and it is great to see him sharing it so openly. That said, our models are, and will always be, the saints. So if Wahlberg appears one day saying or doing something stupid, we will include in him our prayers and keep pushing forward, ok?

Another cool thing about Wahlberg is the fact that he wants to punch One Direction because his daughters have started to prefer their songs to the their father’s movies. If there was any doubt, this clears up the fact that Wahlberg is a pretty down to earth guy with which at least some of the male youth population might relate with.

I found this very good article by Kate Bryan over at Catholic Vote (Source):

“Being a Catholic is the most important aspect of my life,” Wahlberg said in an interview with the Catholic Herald in the U.K. He continued,

“Once I focused on my faith wonderful things started happening for me. And I don’t mean professionally – that’s not what it’s about. These days, I’ll be in church and people will come up to me and say: ‘Do you mind if I sit and pray with you?’ And they’ll start praying and it’ll turn out they’re praying for their new movie to be a success or whatever, and I’m like, this is not what I come here for. For me to sit down and ask for material things is ridiculous. It’s a much bigger picture than that. I want to serve God and to be a good human being and to make up for the mistakes I made and the pain I put people through. That’s what I’m praying for, and I recommend it to anybody.”

Mark´s family
Wahlberg’s whole life changed when he centered his life on prayer and on his faith. He stayed focused on what is most important in life, and his career followed on that path. Wahlberg spoke of his priorities in life saying,

“Being a good actor or a good producer: that’s not going to help me sleep at night or get me into heaven. The most important thing from where I sit is to be a good father, a good husband, and a good human being – a man who helps his fellow man and raises his kids to be good human beings too. Every single aspect of my family life is joy”

Remember, this is coming from a really successful actor!

Wahlberg has starred in countless movies, such as: The Italian Job, The Departed, and my personal favorite The Fighter. Yet, through it all, he stayed focused on his faith and his family.

But, how does he stay so focused and centered in Hollywood, when so many around him are having breakdowns and families are falling apart? I think it goes back to the faith.

Mark’s spiritual director is a man named Father Flavin. Father Flavin is a parish priest that has known Wahlberg for years, and helped lead him from high-school dropout and ex-con, to the successful life he leads today – in his career and his family life. “He’s been in my life since I was 13,” Wahlberg said of Flavin. “He married me and my wife and baptized all my children.” It’s also rumored that Fr. Flavin helps lead and guide Wahlberg in his movie choices, to “honor his religious roots” in the roles he chooses to play.

(Note: The fact that Wahlberg has chosen some roles that some may find issue with, just shows his humanity. We have all made choices that we regret, but we must continue to strive to walk on the path to holiness and rise above our faults.)

Father Flavin, Mark’s spiritual director
One of the most powerful things about Wahlberg is his daily faith life. He begins every day in prayer at a local Catholic Church, wherever he is. Even if he can’t make it to daily Mass, he stops by the Church for a few minutes at the beginning of each day, to spend some quality with Jesus.

“The first thing I do when I start my day is, I get down on my hands and knees and give thanks to God,” Wahlberg said. “If I can start my day out by saying my prayers and getting myself focused, then I know I’m doing the right thing. That 10 minutes helps me in every way throughout the day.”