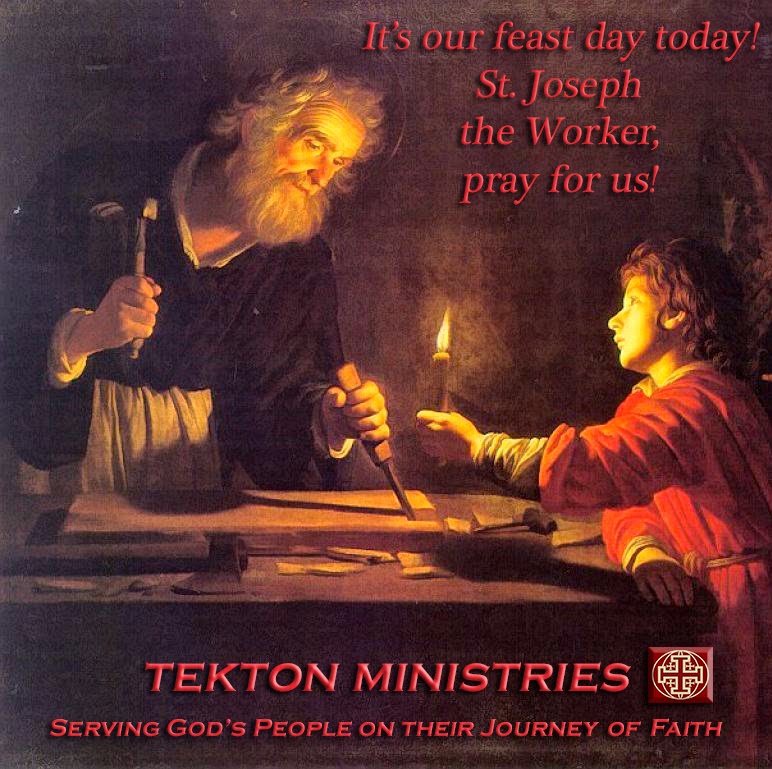 St. Joseph the Workman
by Fr. Robert Voigt
In 1955 Pope Pius XII instituted the Feast of St. Joseph the Workman and decreed that the new Mass in the saint’s honor be said on May 1st. It is not by chance that this day was chosen. May 1st is May Day, a Communist legal holiday in honor of the radical workers. In contrast, the Holy Father sets aside May 1st to give honor to St. Joseph and to restore dignity to labor. The Church wants people to have private property and to work out a decent livelihood through their labors. She knows that through this private property a person will have more initiative and be more diligent. Labor will be more dignified as it was for St. Joseph.
St. Joseph worked from morning early till late at night in his carpenter shop repairing dinner couches and building shelves for the people of Nazareth. When he was summoned to Bethlehem for the census, even though he lost working days, he closed his shop and set out on the journey. When the angel in a vision instructed him to hide away in Egypt, he hearkened to the voice from Heaven even though he lost many more working days the next five years. During that time it was extremely hard for him to make a living for himself, his wife, and the Divine Child. But Joseph did not complain, because this trip and this sojourn were the will of God. The laborer today, imitating his model, will not complain about losing work on Sundays and holydays, for in leaving his work behind on those days he is doing the will of God.
The amateur, reading the Scriptures in the vernacular for the first time, will blithely remark, “Little is said in the Bible about St. Joseph.” Others, more mature, realize that the most profound truths are so often couched in pithy sentences. St. Matthew remarked casually that Joseph was a just man. To be just, a person must observe all the commandments that relate to God as well as those that relate to man. The just man does right in the sight of God once and always. To say that Joseph was a just man is enough, both because the sacred writer weighs his words and because the phrase is so profound. In The Preparation of the Incarnation, Henry J. Coleridge, S.J., writes:
It may most truly be said that the Sacred Scripture is marvelous in the things which it tells us, and in the manner in which they are told . . . it is marvelous in the way in which, as to certain things, it seems to combine speech and silence at the same time, by saying in the fewest words, and in a manner which almost escapes attention, things which are found to have very deep and very full meanings, and to convey the most important truths.