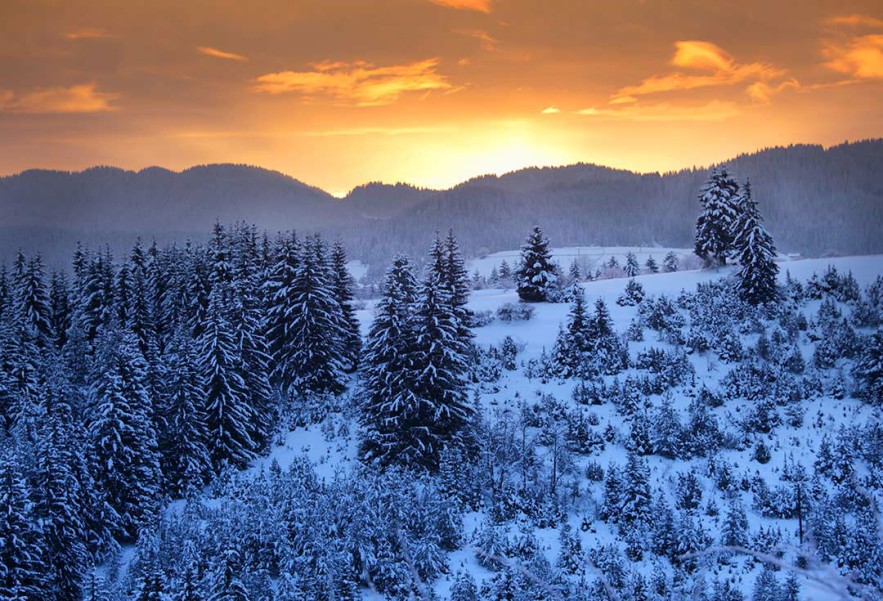 (Aleteia – Tom Hoopes) I was lecturing rhapsodically about beauty’s power to pierce the defensive shell of today’s world last week when I noticed that my students were having none of it.

I stopped and said, “Wait. What’s wrong? Is this not making sense?” In response, one of the glum, bundled Catholic students in my Christianity in Mass Media class looked forlornly at the window. Outside was a bleak, overcast frigid day.

Catholics love February because they love the Second Station of the Cross.

Different Way of the Cross books have slightly different formulations of the names of each Station. I always change the Second Station in my head. Whether it says, “Jesus receives his cross,” “Jesus carries his cross,” or “The cross is laid upon him,” I always say, “Jesus accepts his cross.”

Accepting one’s crosses turns out to be a fundamental prerequisite to happiness. You couldn’t stop yourself from receiving or carrying crosses even if you tried. What you can do is accept them.

People who live in sunny, warm places have a harder time learning this than people in the real world. I should know. I grew up in Arizona and regarded as “the real world” those places in novels and movies where people wore jackets and had snow.

In the real world, “Lent” is the Church’s way of rebranding the suffering that we get no matter what in February. In Arizona, we had to look for crosses. I wasn’t good at that. I drifted in life beneath the glare of the February sun in my short sleeves. I had no ambition.

My own kids have a much better understanding of the inevitability of suffering and the freedom of being able to smile anyway. They shovel snow and smile. They learn to help others and be helped — we all have to help each other in the snow. They also learn that even when things are bad, they aren’t that bad. When life gives you lemons, you make lemonade; when life gives you snow, you go sledding.

Catholics love February because they know how much joy it will give them in April.

Every Catholic’s favorite musical, of course, is Sound of Music, with its vigorous celebration of convent life, large families and the doctrine that God created the universe ex nihil (“Nothing comes from nothing; nothing ever could …”). And Catholics know from the song “Favorite Things” that while we should smile even on February days when snowflakes won’t melt on our nose and eyelashes, the really great thing is “Silver white winters that melt into springs.”

Florida doesn’t have silver white winters that melt into springs.

Catholics’ other favorite musical is Camelot, with its passionate plea to St. Genevieve, and the good Catholic King Arthur decreeing ideal weather: “Winter is forbidden till December/And exits March the second on the dot.”

The great poets burst into “songs of spring” because nothing in life comes close to the joy of flowers blooming after a long winter.

In the Song of Songs (which is inspired and inerrant) love and April blend into one: “Arise, my beautiful one, and come! For see, the winter is past, the rains are over and gone. The flowers appear on the earth, the time of pruning the vines has come, and the song of the turtledove is heard in our land” (Song of Songs 2:11-12).

Clearly, April is the greatest. But the ginormity of its joy would be impossible if we hadn’t passed through the depths of darkest February to get there.

In the mists of eternity, God sized up the people he was making, weighed our needs, our strengths and shortcomings, and carefully built February with us in mind. He sealed it with his kiss and sent it down for us to accept with joy. Who are we to refuse such a gift?