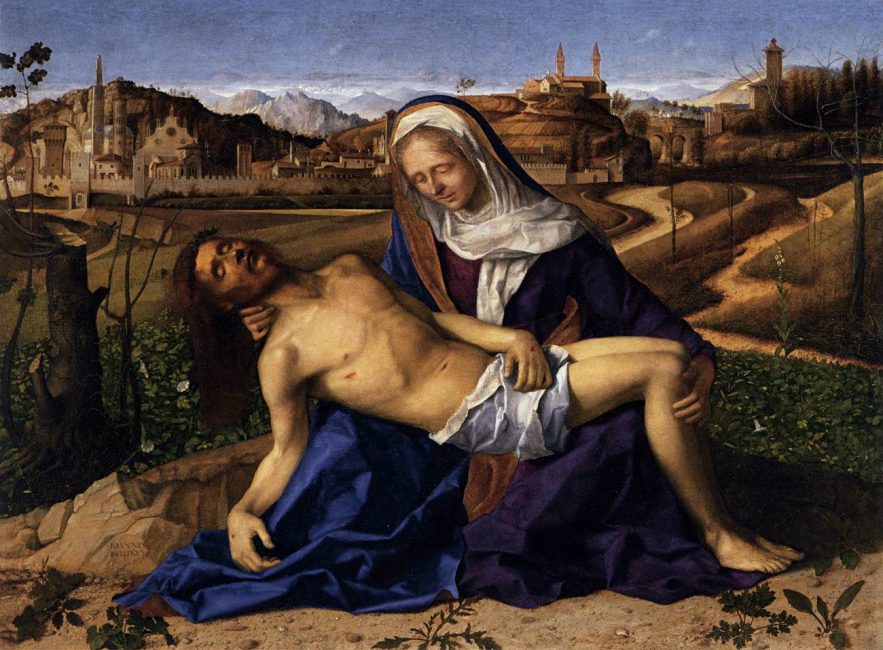 The devotion to the Sorrows of Mary, first celebrated by the founders of the Servite order in the 13th century, was established as a regional feast in the early 15th century in what is now Germany. This commemoration spread throughout the European continent over the centuries and was established as a universal feast by Pope Pius the VII in 1814. It was Pope Pius the X who, in 1913, moved the feast to where it is today – on the 15th of September, the day after the Feast of the Exaltation of the Cross.

The focus of this feast is on the seven sorrows of Mary that occurred throughout her life and are reflected in Scripture.

The Stabat Mater, a Latin hymn about the Blessed Mother’s experiences of her Son’s crucifixion was written in the 13th century and is often sung during the Mass for the feast of Our Lady of Sorrows. It is also commonly sung during Lenten celebrations of the Stations of the Cross. These stations can still be walked today through the streets of Jerusalem from the Church of the Flagellation to the Holy Sepulcher.

Pilgrimages related to this devotion/Feast Day:

Marian Shrines – Church of the Holy Cross, Salamanca, Spain
Holy Land – where the sorrows took place
Rome – Pieta (the Piercing of the Side of Jesus, and is Descent from the Cross)

From the Gospel of the day:
“…and you yourself a sword will pierce so that the thoughts of many hearts may be revealed.” Luke 2:35