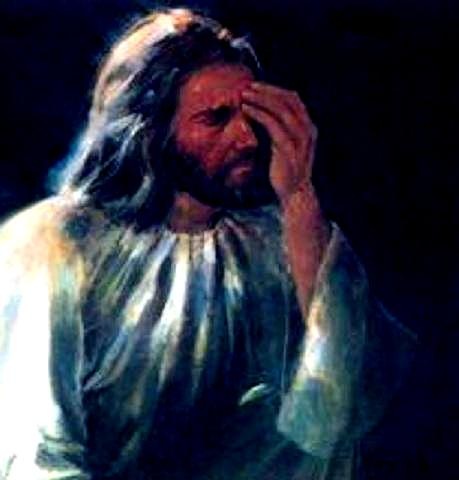 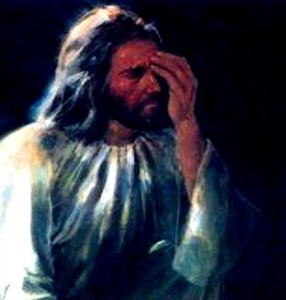 Each one of the readings today shows us one thing very clearly.  Discipleship is just plain messy.

Whether it be the little tiff between Elijah and Elisha in the first reading, St. Paul’s warning against the Christians “biting and devouring” of each other in second reading, or the train wreck of events in the Gospel, we see that without a doubt, Christian discipleship is never black and white.

Let’s take these examples in the Gospel one-at-a-time.  First we have two of the closest disciples to Jesus, James and John, being overzealous and threatening to kill the Samaritans.  Here’s the text.

When the disciples James and John saw this they asked,“Lord, do you want us to call down fire from heavento consume them?” Jesus turned and rebuked them.

Just as Christian disciples can be lukewarm, so also they can be overzealous, “rigid” as Pope Francis recently said.  In this way, the Pope said, they fail to be Christian any longer.

The next example we have are those who are quick to speak but fail to act.  They make a commitment to discipleship without even being called.  As the saying goes, “when the going gets tough, the tough get going.”  But not in their case.  When discipleship becomes uncomfortable or difficult, as it inevitably does, they run away.

The next group are the would-be disciples Jesus calls, but they have other things to do first.  Discipleship for them is not a top priority.

And to another he said, “Follow me.” But he replied, “Lord, let me go first and bury my father.”

The next example of how messy Christian discipleship can be comes from those who are well-intentioned, good people but who cannot make a commitment to the Lord because they allow other people and things to pull them away.  In other words, their attachment to others keeps them from attaching to the Lord.

And another said, “I will follow you, Lord, but first let me say farewell to my family at home.”

All of this, remember, is in the context of the whole Gospel that is not presented in the Sunday reading for today.  If one were to pick up the Bible they would see what follows this chapter in Luke.  After the Transfiguration, Jesus comes down from the mountain and is immediately confronted with complaints about how his disciples are ineffective.

I begged your disciples to cast it out but they could not.”  Jesus said in reply, “O faithless and perverse generation, how long will I be with you and endure you?”

Not only can we disciples be ineffective at carrying out the Lord’s commands, but we may not even understand them at all.  Though we may think we know God’s will (a risky claim at best), we may later realize we can’t even begin to understand the ways of the Lord.  See this example, following chronologically in the Gospel.  Jesus says to his disciples,

“Pay attention to what I am telling you. The Son of Man is to be handed over to men.”  But they did not understand this saying; its meaning was hidden from them so that they should not understand it, and they were afraid to ask him about this saying.

And finally, where does St. Paul find the reason to say what he says in the second reading.  From the same experience Jesus himself had of his disciples. It is awfully difficult to witness to Christianity when Christ’s disciples are fighting amongst themselves.  Know that the unChristian way we Christians treat one another today is nothing new.  Following the Gospel chronologically again, we hear,

An argument arose among the disciples about which of them was the greatest.

We Christians really are something else.  Thank God for his patience and mercy this Sunday.  The truth is clear.  But as the Gospel shows us, knowing the truth and living it are two very different realities.  Try to recognize we need God’s patience and mercy because Christian discipleship has many shades of gray.  It’s just plain messy.