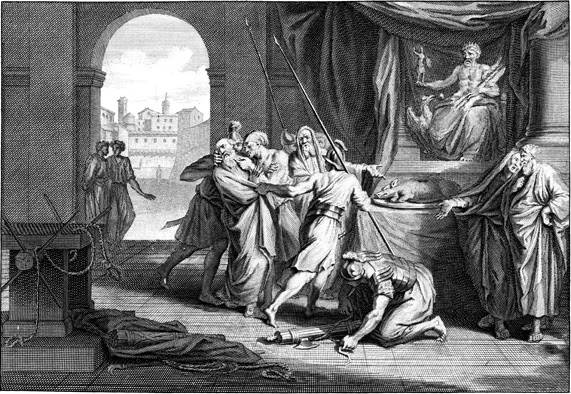 The final Gospel verse can help us interpret many other stories about Jesus. His key mission was “to seek out and save what was lost.” Perhaps Jesus’ words can be turned around paradoxically, and rephrased to read: we cannot be found unless we lose ourselves; unless we are found by Jesus, we cannot be saved.
To be found by Jesus meant that Zacchaeus had to give up and lose much of himself. He set aside his dignity by climbing up the sycamore tree, and then promised much of his wealth would go in paying back those he had defrauded. We should not how Jesus also set aside his dignity as a man of God by going to dine at the home of such a notorious sinner. Zacchaeus, after all, was chief tax collector in the city of Jericho, through which many pilgrims passed on their way to festivals at Jerusalem. This city funneled all the wealth of the East towards the capital.
When Jesus came to where Zacchaeus sat up in the sycamore tree, he looked up and called him, “Hurry on down!” – for he had seen a spirit of repentance in Zacchaeus’ heart. Indeed, “the Son of Man has come to search out and save what was lost.” 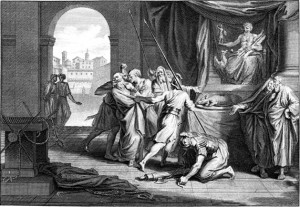 In Eleazar’s case, he was called not just to a change of lifestyle but to hand over his life by martyrdom. Again, by losing, he gained much, for while dying, he expressed an inner joy because of his devotion to the Lord God. Eleazar’s martyrdom brought a blessing for the entire Jewish nation, leaving such an unforgettable example of loyalty to God.
(Adapted from ACP)