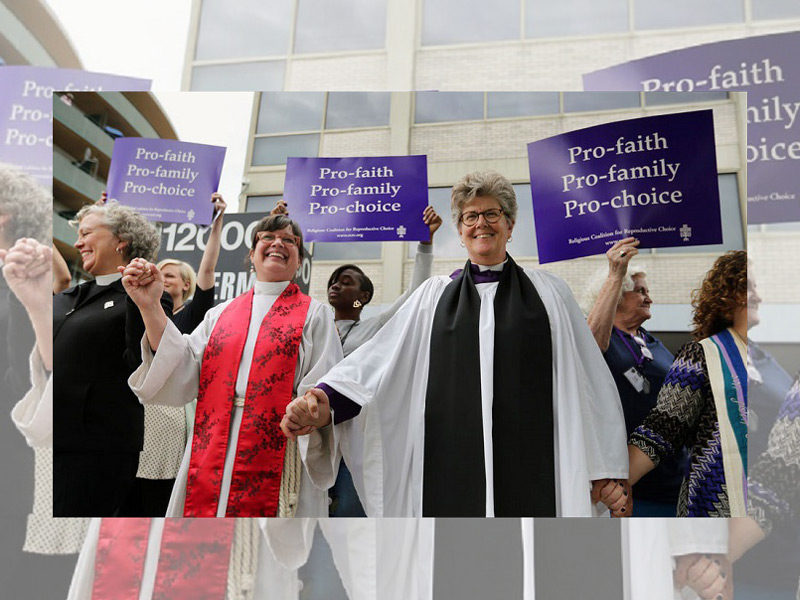 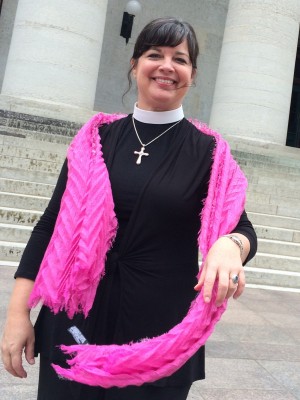 A leading Catholic priest who is intimately involved in pro-life work is outraged that clergy from the United Methodist and Episcopalian Church would lead a prayer rally “blessing” a local abortion clinic in Cleveland.

As LifeNews reported, in Ohio, United Methodist Church pastor, Reverend Laura Young, says she believes pro-life protesters in front of Planned Parenthood and other abortion facilities have “misguided faith.” In fact, she thinks these clinics should be blessed, which is why she went out to an abortion facility called Preterm on October 8th in Cleveland. In 2014, Preterm was involved in the abortion-related death of Lakisha Wilson.

Young explained her acceptance of abortion like this: “Christianity, like most faiths, is founded on love. Watching protesters shouting judgment and hate based on what they call religion is horrible. Is that loving God? Is that loving your neighbor as yourself?”

Think Progress reports that the group hopes their “blessing” will protect Preterm from “preachy protesters, as well as encourage the strength and bravery of those providing and relying on its services.” Young plans to go out to other abortion facilities in the state if their event in Cleveland is successful.

But Fr. Frank Pavone, National Director of Priests for Life and President of the National Pro-Life Religious Council, called the recent blessing of an abortion clinic by members of the Ohio Religious Coalition for Reproductive Choice “a perversion of Biblical teaching.”

“For clergy to bless an abortion clinic is contrary to the two central commands of the Christian faith – to love God with all our heart, soul, mind and strength and to love each other as ourselves,” said Fr. Pavone in an email to LifeNews. “We cannot claim to love God or each other by helping those who kill our brothers and sisters.”

“Moreover, this breaks the commandment You shall not use the name of the Lord your God in vain. This commandment does not only prohibit cursing by invoking God’s name. It also prohibits blessing in God’s name that which God abhors,” Fr. Pavone stated. 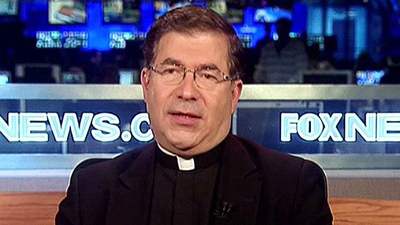 Pavone says the National Pro-life Religious Council has published a book called Holy Abortion? A Theological Critique of the Religious Coalition for Reproductive Choice, which documents and responds to the kind of activities on display in this recent abortion clinic blessing.

“Not only does this contradict Christian teaching,” Fr. Pavone continued, “but it impedes the healing of those who suffer after their abortion. After all, why ask forgiveness or feel bad about an action the Church blesses? The result, however, is not that these individuals stop feeling pain; it is that they feel ashamed to ask for forgiveness, and feel silly for feeling sad.”

But to Young, the Methodist pastor, religious groups are fueling the so-called war on women. She explained, “Women are being attacked at a moral level by the radical Religious Right. They’ve hijacked the political discussion. This event is an opportunity for progressive religious leaders to stop the silence. We need to be in the conversation.”

The abortion reverend heads up a group called the Ohio Religious Coalition for Reproductive Choice, and they run an “all-options” counseling hotline for women facing crisis pregnancies. She said, “It breaks my heart to know women are sitting in pews across the country feeling shamed, believing that they’re cursed for making this decision. That’s a question I get a lot on the phone, ‘Am I going to hell?’ When God instead is there to support women through it all.”

On their website, the group says their mission is to “ensure reproductive choice through education, advocacy, and counseling. The Coalition seeks to give clear voice to the reproductive issues of people of color, those living in poverty, and other underserved populations.”

As LifeNews previously reported, on July 29, the Planned Parenthood Clergy Advocacy Board said the undercover videos exposing the organization’s organ harvesting business are simply an attack on women’s health care. Jeffrey Walton from the Institute on Religion and Democracy reports that the board is made up of religious leaders from the United Church of Christ, Episcopal Church and American Baptist Churches as well as clergy from Reformed Jewish and Unitarian Universalist congregations.

In a statement the clergy said, “As faith leaders committed to justice, honesty, and liberty, we are troubled by the decades-long campaign of harassment against Planned Parenthood and those they serve. Our faiths demand care for those marginalized by poverty and other oppressions. Faith leaders have supported Planned Parenthood for nearly 100 years because of our shared goals: every person — regardless of income, race, or religion — deserves access to safe, affordable, high-quality health care.”

They concluded, “Our religious traditions call us to offer compassion, not judgment. People who work for Planned Parenthood give care and respect to those in need, doing God’s work. For this we are grateful.”