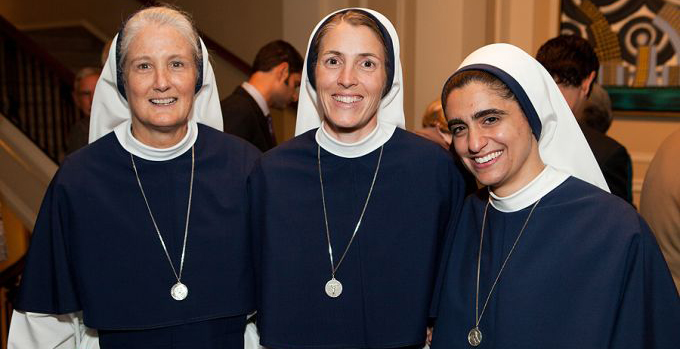 (CNA/EWTN News).- Two rather new orders of religious sisters looking to expand their missions have set their sights on the Archdiocese of Denver.

The New York-based Sisters of Life and the Rome-based Missionaries of St. Charles Borromeo will establish houses and begin their missions in the archdiocese by August of this year.

In their first expansion to the western United States, the Sisters of Life will send four sisters to begin their mission in Denver. Besides the traditional religious vows of poverty, chastity and obedience, Sisters of Life take a fourth vow to protect and enhance the sacredness of every human life.

The order is a contemplative and active community of women whose apostolate includes ministering to pregnant women in need, providing healing for post-abortive women, and fostering the “Culture of Life”.

Founded just over 20 years ago in 1991 by Cardinal John O’Connor, the community currently has 88 members, 23 of whom are in some initial stage of formation.

When considering where to expand the mission, Mother Agnes Mary, Superior General of the Sisters of Life, said the sisters asked themselves: “Where will the charism of life flourish to [the] greatest benefit of a local Church?”

“While there is great vibrancy within the Church in Denver, we believe that we are prepared to offer the unique gift of being a visible witness to the Church’s proclamation of the dignity and mystery of every human life,” she told the Archdiocese.

The Missionaries of St. Charles Borromeo are a fruit of the Communion and Liberation Movement, which has a large U.S. base in the Archdiocese of Denver. The order will send two sisters, Sister Elena Rondelli and Sister Maria Anna Sangiorgio, to Nativity parish in Broomfield to assist with various aspects of parish life.

“They gave a lot of thought to where they’d open this next house,” said Father Michael Carvill, pastor of Nativity. “I’m very honored to have them.”

Fr. Carvill is a priest of the Priestly Fraternity of St. Charles Borromeo, whose community inspired the founding of the order of religious sisters in the early 2000s. Both the fraternity and the religious sisters follow the charism of Msgr. Luigi Guissani, who founded the Communion and Liberation movement in 1954.

The movement is currently present in more than 80 countries, though the Denver foundation will be the order’s first in the US. According to their website, the goal of the movement is “forming its members in Christianity in order to make them coworkers in the Church’s mission in all areas of society.”

The sisters’ duties at Nativity parish will include assisting with Eucharistic adoration, youth groups, and visiting the sick and homebound.

“They’re going to start their mission by serving Nativity Parish,” Father Carvill said. “Then they’ll do what the Lord will open up to them.”