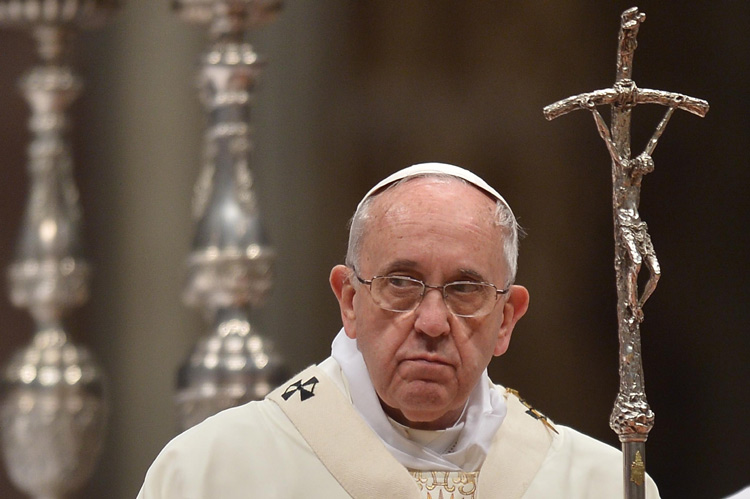 (CNA/EWTN News, by Elise Harris).- Pope Francis offered his Tuesday morning Mass for the repose of the souls of the 21 Egyptian Christians killed by ISIS militants, praying that man learn to reject his evil temptations, and choose what is good.

The Pope Feb. 17 prayed for “our brother Copts, whose throats were slit for the sole reason of being Christian, that the Lord welcome them as martyrs, for their families, (and) for my brother Tawadros, who is suffering greatly.”

His comments came after the Islamic state released a video Sunday purporting to show the grisly beheadings of 21 Coptic Christians from Egypt. Yesterday Francis called Coptic Orthodox Patriarch of Alexandria Tawadros II to offer his condolences and solidarity. 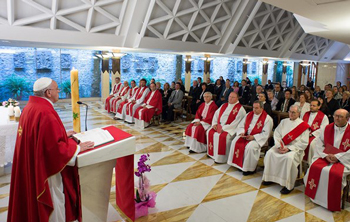 Pope Francis’ morning liturgy is a sign of union with the Coptic Church, who is holding funeral celebrations for the victims today.

His personal secretary, Abuna Yoannis Lahzi Gaid, is also a Coptic Catholic, and was present for the Pope’s Mass in the chapel of the Vatican’s Saint Martha guesthouse.

Francis initiated his reflections by turning to the Bible passage in Genesis that speaks of God’s wrath in the face of man’s wickedness before the great flood. He lamented that man often seems more powerful than God due to his capacity to destroy what God has created.

The Bible itself provides examples, such as Sodom and Gomorrah and the Tower of Babel, which prove there is “an evil that lurks in the depths of the heart.”

Although saying this might seem a bit negative, the Pope stressed that “this is the truth,” and referred to how Cain killed his brother Abel, thus destroying fraternity.

“This is where wars begin. Jealousy, envy, so much greed for power. Yes, this sounds negative, but it is realistic,” he said, noting one only needs to pick up a newspaper to see the evidence, since “more than 90 percent of the news is of destruction.”

Jesus, the Pope said, reminds us that there is evil in the human heart, and that man has the tendency to think he can do whatever he wants.

“We are capable of destruction, that’s the problem,” Francis said, and spoke of the arms trade, noting that there are countries who sell weapons, wage war and continue to sell to the country they are warring with, so the fighting continues.

While some might claim they are just doing business, the Pope asked that if this is the case, is their business one “of death?” 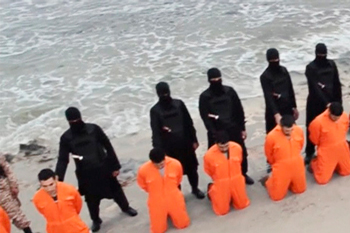 The evil we see around us doesn’t come from outside, but from inside of ourselves, he said, and warned that gossip and slander are also forms of evil aimed at destroying another.

However, despite man’s capacity to do evil and to destroy, he has the Holy Spirit to help him choose what is good in the little things, Francis noted.

Mother Theresa is a modern example of man’s ability to do good, he said, explaining that we all are capable of choosing either good or evil within our own families and parish communities.

Because families are even capable of destroying their own children and can often prevent them from maturing or growing in freedom, the Pope stressed the need to meditate, pray and discuss things with one another, so as not to fall into “this evil that destroys everything.”

“I have the strength to accompany you on the journey of life, not on the path of evil, but on the path of goodness, of doing good to others; not the path of destruction, but the path that builds,” the Pope said, noting that these are Jesus’ words to us.

He concluded his homily by praying that before beginning the liturgical season of Lent, which begins tomorrow on Ash Wednesday, the Lord give us the grace to always choose the “right path,” and help us not to be misled by temptations to destroy.