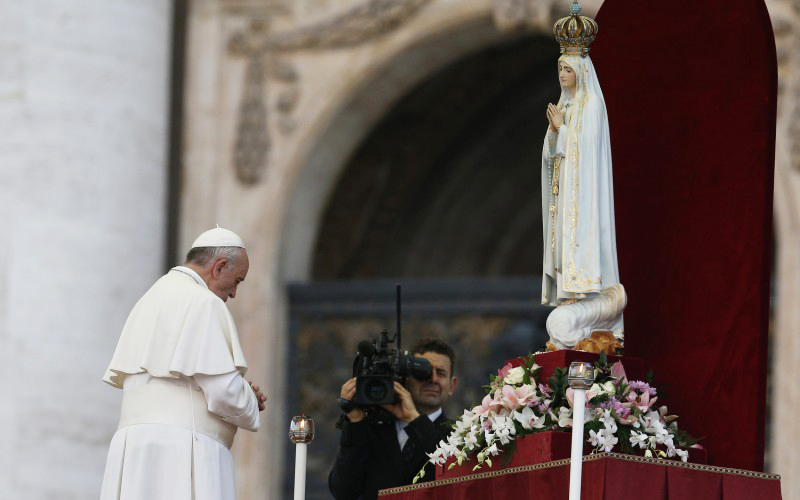 Pope Francis plans to visit the Basilica of Our Lady of Fatima in 2017, on the 100th anniversary of the apparitions of the Virgin Mary to three children, according to the diocese in Portugal.

“Pope Francis confirmed to Bishop Antonio Marto that, ‘if God gives him life and health’, he wants to be in Cova di Iria to celebrate the centenary of the Apparitions of Fatima,” the diocese of Leiria-Fátima said in a press release.

Three shepherd children, Lucia dos Santos, Jacinta Marto and Francisco Marto, had a vision of the Blessed Virgin Mary on May 13 1917.

St John Paul II credited the Virgin Mary with saving his life when he was shot in 1981. He later placed the bullet in the crown of the statue of Our Lady of Fatima.