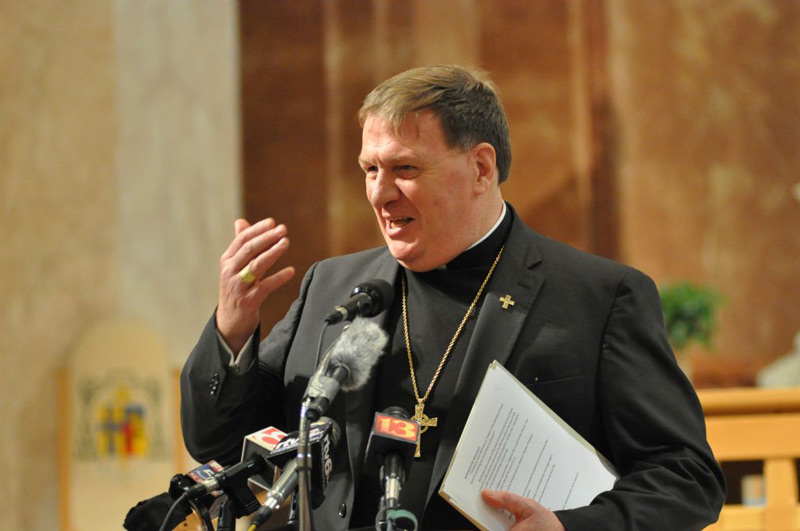 February 6, 2015
Editorial in The Criterion

On Feb. 4, Archbishop Joseph W. Tobin and a group of pilgrims from the Archdiocese of Indianapolis, including this writer, departed for the Holy Land. Like generations of pilgrims throughout history, these pilgrims are on a spiritual journey whose ultimate destination is God himself.

Criterion readers will have a unique opportunity to share in this special journey. One of our reporters, Natalie Hoefer, is making the trip and will provide a daily blog at holylandarchindy.blogspot.com. 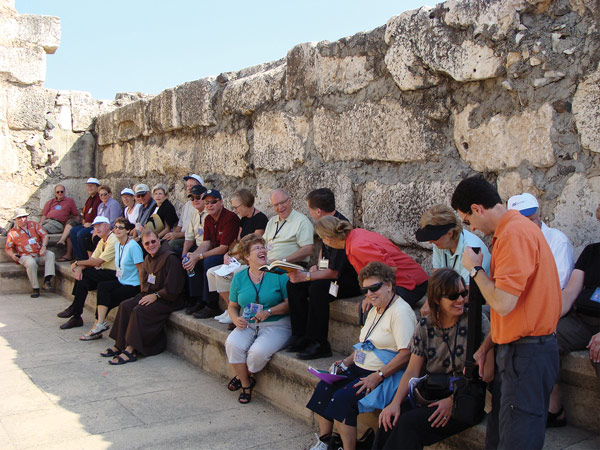 In addition, Archbishop Tobin has said that his “Rejoice in the Lord” columns for the season of Lent will be inspired by this pilgrimage, his first experience of the land of Jesus and sacred Scripture. Most importantly, the intentions of all Catholics—and all our sisters and brothers—in central and southern Indiana will be remembered in prayer at the holy sites revered by Jews, Christians and Muslims.

What can we pilgrims from the Archdiocese of Indianapolis expect to find in the Holy Land? Beauty, history and deep religious significance are in abundance there. So are poverty, religious animosity and political intrigue.

Guidelines issued by the U.S. Conference of Catholic Bishops (USCCB) urge pilgrims to the Holy Land not to be discouraged by “reports on the ongoing political instability in the region.” The Holy Spirit guides—and protects—spiritual journeys such as this one, but that does not guarantee there will be no incidents sparked by the tensions that exist in this part of the world.

With this in mind, all pilgrims to the Holy Land must draw strength from the generations of Christians who have made this spiritual journey before them. When early Franciscan friars were sent to the Holy Land during the Crusades, it was an equally dangerous place. They were spared because of their trust in God’s providence and because they carried with them the peace of Christ.

The USCCB guidelines also urge pilgrims to recognize that they “have a special calming gift to bring to the Holy Land in the mission of repentance, conversion and renewal.”

Pilgrimages traditionally combine visits to sacred places with opportunities for prayer, worship and reflection. Celebration of the sacraments is a key element in Catholic pilgrimages. So is the chance to express solidarity with people who are poor, oppressed or refugees from their homeland. A pilgrimage to the Holy Land inevitably confronts travelers with roadblocks, checkpoints and the walls that separate Palestinians and Jews. In this land, the three great monotheistic religions coexist uneasily so that prayers for unity, solidarity and peace take on a special urgency.

When Archbishop Tobin announced this spiritual journey for pilgrims from the Archdiocese of Indianapolis, he noted his special reverence for the Word of God which was made flesh in Jesus of Nazareth 2,000 years ago. The opportunity to follow in his footsteps—literally to walk where Jesus walked—is one of the main reasons for this archdiocesan pilgrimage.

Ever since Blessed Paul VI first visited the Holy Land 50 years ago, all popes have made this spiritual journey during their pontificates. Just last year, Pope Francis joined his predecessors in giving witness to the faith of this sacred land and the struggles of its peoples. At the Basilica of the Holy Sepulchre, the site of the tomb where the crucified Christ was laid to rest, Pope Francis said: 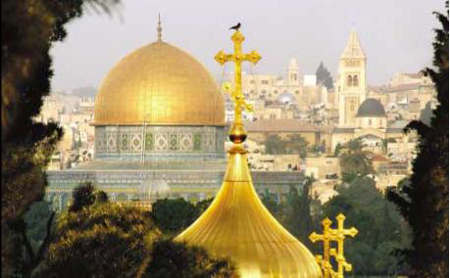 “Let us receive the special grace of this moment. We pause in reverent silence before this empty tomb in order to rediscover the grandeur of our Christian vocation: we are men and women of resurrection, and not of death. From this place we learn how to live our lives, the trials of our Churches and of the whole world, in the light of Easter morning. Every injury, every one of our pains and sorrows, has been borne on the shoulders of the Good Shepherd who offered himself in sacrifice and thereby opened the way to eternal life. His open wounds are like the cleft through which the torrent of his mercy is poured out upon the world. Let us not allow ourselves to be robbed of the basis of our hope, which is this: Christòs anesti [Christ is risen]!”

Pray for Archbishop Tobin and the pilgrims who have traveled to the Holy Land on behalf of the Church in central and southern Indiana. May their spiritual journey be a moment of grace for our archdiocese. May the pains and sorrows which they witness in the land of Jesus not discourage them from rejoicing in the open wounds of Christ whose mercy is poured out upon the whole world.

And may they return to Indiana inspired by their experiences and eager to share with others the basis of our hope: Christ is risen!