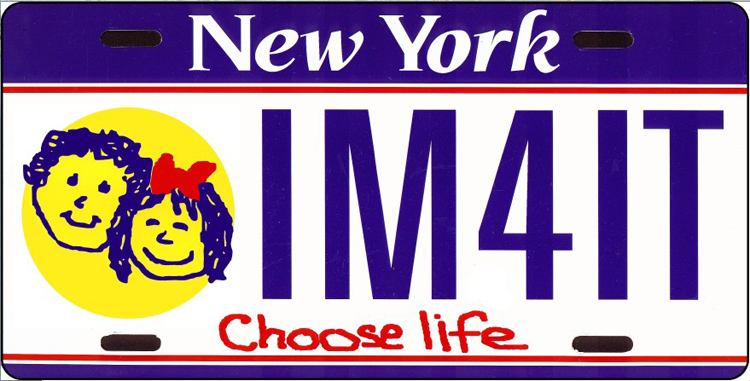 (LifeNews, Steven Ertelt) A federal appeals court has issued a ruling banning Choose Life license plates in New York state and claimed in its decision that pro-life views are “patently offensive.” The court issued ruling in The Children First Foundation v. Fiala, which rejects a pro-adoption group’s application to sponsor a “Choose Life” specialty plate with the New York Department of Motor Vehicles.

The appeals court ruling overturned a lower court decision upholding the right of drivers in New York to purchase the pro-life plates.

As the Daily Caller reports:

A new decision by the Second Circuit Court of Appeals holds that New York’s state government has the right to ban “Choose Life” license plates on the grounds that such a statement is “patently offensive.”

The dispute stems from a now-suspended program offered by New York’s Department of Motor Vehicles (DMV) which allowed private organizations to create custom license plates. If drivers purchased the plates, the purchasing price was split between the DMV and the non-profit.

The Children First Foundation (CFF), an organization promoting adoption as an alternative to abortion, submitted a design for a “Choose Life” license plate, which featured a drawing of two children’s faces in front of a yellow sun.

The proposed plate was rejected, with the DMV citing a policy that allows it to ban “patently offensive” plates in order to prevent incidents of road rage. The “patently offensive” category in U.S. speech is typically related to public obscenity laws, and allows for limitations on things like the public display of pornography or other materials that blatantly violate community standards. 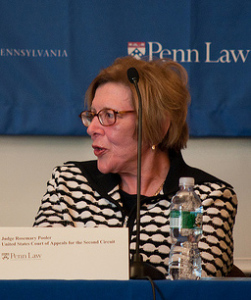 Judge Rosemary Pooler, a Clinton appointee, agreed with New York’s position in her majority opinion. She took this view even though she also ruled that license plates are private speech subject to First Amendment protections. Despite these protections, however, she said that so many New Yorkers could find a plate advocating an anti-abortion position “patently offensive” that the DMV was justified in suppressing the speech.

In a strong dissent, Judge Debra Ann Livingston said the court was essentially granting the New York DMV the right to suppress any viewpoints it did not like.
Alliance Defending Freedom Senior Legal Counsel Jeremy Tedesco decried the decision.

“Pro-adoption organizations should have the same speech rights as any other organization. While the district court affirmed this basic freedom, the circuit court denied free speech in favor of government censorship. The state doesn’t have the authority to target The Children First Foundation specialty plates for censorship based on its life-affirming viewpoint. The state has wrongly gotten away with speech discrimination against our client for more than 10 years. We will review our legal options.”

The battle to allow motorists to purchase Choose Life license plates has been going on in the Empire State for years.

Alliance Defense Fund attorneys filed the lawsuit on behalf of The Children First Foundation in 2004 against state officials who denied its attempt to allow motorists to purchase Choose Life license plates. The New York Department of Motor Vehicles rejected CFF’s design in August 2002 — considering it “too political and controversial” to approve. The organization redesigned the plate, adding the group’s web site to it to better explain its purpose, and the DMV rejected it again.

The state dismissed the attempt to create the plate and said it was rejected in order “to avoid any appearance of governmental support for either side in the divisive national abortion debate.”

Saying its free speech rights were denied, Children First filed suit with assistance from Alliance Defense Fund attorneys and, in January 2005, a federal judge ruled it had sufficiently argued its First Amendment rights would be violated.

The Second Circuit Court of Appeals dismissed then-Attorney General Eliot Spitzer’s second attempt to ban the plates and allowed the lawsuit to move forward. The DMV eventually suspended review of specialty plates — a move that Elizabeth Rex, president of the Children First Foundation, says was done specifically to block the Choose Life plate.