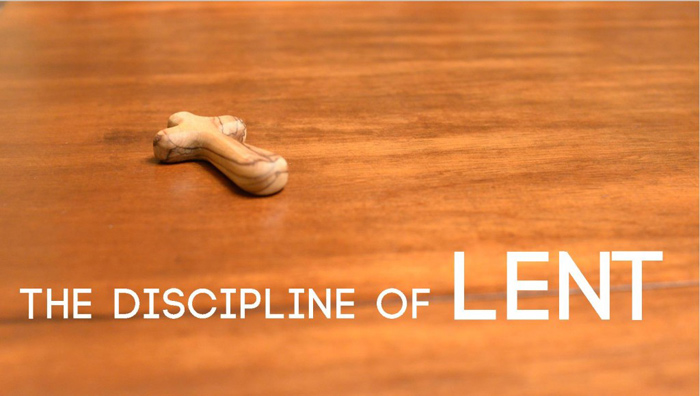 This morning, my 10-year-old showed me an infographic on Lent.

There’s nothing quite like the innocence of a child and an illustrated guide to fasting and abstinence to remind me of all the reasons no one genuinely looks forward to this time of year.

Here are six reasons to hate how Lent forces us to be our best selves.

1. It reminds me that I’m not the center of the universe.

Give me Advent any day. Advent is fun. There’s a hustle and bustle about it. A person can really get swept up in the preparation and the lights and the magic and the promise of a new Baby Jesus. A Catholic — even a good, lifelong Catholic who went to eight years of Catholic elementary school and graduated from a reputable Catholic university — can get blissfully distracted by things like presents and trees and the familiar, comforting hymns at Mass. Advent is my jam. Lent has no such bells or whistles. Full of dirges and reflection, Lent only serves to distract me from my own self-absorption. It is — by a factor of a full two weeks — longer than Advent without any of the glib, sparkly diversions to take my mind off of Jesus. At least in the lead-up to Christmas, I can feel good about myself by dropping some change in a red kettle without really investing in a spirit of giving. Lent doesn’t allow me that kind of room to take my eye off the ball. Lent persistently reminds me that it’s not about me, but that it’s about Jesus and what his death and resurrection mean. And what fun is that?

2. I’m not big on self-deprivation.

I’m a huge fan of the day before Lent starts. I’ve got nothing but love for Fat Tuesday. A quasi-religious holiday that is all about eating as much as I can stuff in my gob? Sign me up. The next 40 days are really a drag in comparison. There are a lot of “no’s” in those six weeks. No meat on Fridays (or on Ash Wednesday). No second helpings of dessert. No snacks. Doesn’t the Vatican understand that I get nosh-y at about 3 p.m.? Doesn’t Pope Francis understand that my hunger reminds me of all the things I’m truly missing? Love. Compassion. Peace. A closeness to God that can be increasingly difficult to attain, to say nothing of holding onto it. When I’m “starving” — and I’m one of the lucky ones who is never literally starving — it reminds me that I’m one of a privileged class of American Catholics who can choose fasting and abstinence as a way of keeping my faith. It reminds me that there are those who don’t have a choice but to starve in a way I never will. It reminds me that many of those people are — despite their genuine hunger — nearer to God than I am. And that bums me out. Lent should come with a trigger warning.

3. It makes me think about death.

Believe it or not, but spending 40 days building up to a brutal crucifixion is sort of a downer. It reminds me of things I’d rather not think about like martyrdom and selflessness and sacrifice. It makes me ponder my own mortality and the frailty of human life in general, and that makes me uncomfortable. Lent is a painful reminder of what (and whom) we lose to death. My mom died 12 years ago. My dad died four years ago. Both died during Lent. Both suffered protracted illnesses, and Lent reminds me of them and the long, difficult days that led up to their passing.

Frankly, I’d rather not be reminded of those things, even though both of my parents were joyous, vibrant, faithful people who taught me virtually everything I know about our Faith, its traditions and its value. Even though my parents would be the first to remind me that Lent isn’t about Good Friday’s cross, but Easter Sunday’s empty tomb.

I take selfies. When I go to the gym, I post it. When I eat at a trendy, new restaurant, I check in. When I finish reading a book — especially a long and important-sounding one — I Tweet the pithiest 140 characters I can come up with. One of the best reasons to be a Catholic at Lent is Ash Wednesday. That thumb smudge of black on my forehead broadcasts to everybody exactly what I want them to know: I went to church today! When I complain on Facebook four times a day about how hard it is that I’ve given up one of the six venti chai lattes I buy every day, someone inevitably reminds me that my sacrifice is supposed to be done quietly. Apparently Matthew 6:1 needs a rewrite to come in line with the times. Because in the instant-validation-of-everything-I-do-via-social-media era, if I don’t practice my righteousness in front of others, then how will it ever go viral? #nowIknowhowJobfelt

When I was a kid, my school had copies of a big, hardcover, illustrated children’s Bible. The most captivating picture was of Satan tempting Jesus in the desert. The devil hangs there in midair, hovering at a mountaintop promising Jesus power over people and the trappings that go with it if he will just turn away from God. I always think of that picture during Lent. Which is inconvenient, when I think about it. Because I’m sort of a control freak, so being able to tell people what to do is awfully appealing. And I’m pretty attached to my stuff. What’s more, we just wrapped up a preposterously materialistic holiday during which I was made to feel bad for liking my stuff. Lent makes me remember the ways in which my focus on power and material wealth moves me away from God. And it doesn’t even have a gift-giving occasion at the end of it. This is why I like Ordinary Time; a guy can just surf Amazon.com in peace for a while.

The pope tweeted Feb. 18, “Lord, grant us the grace to know we are sinners.” That’s pretty negative. I mean, yeah, I’m not perfect. But a sinner? That’s not doing a lot for my self-esteem. I don’t identify with your label, “sinner.” Besides, if my sins were a video game, they’d be more “Venial Combat” than “Mortal Combat.” So no big deal, right? And yet, every Lent I find myself in a confessional compiling a laundry list of my shortcomings. When I take the time to think about the ways I’ve failed, it’s not a good feeling. When I recite the act of contrition that I’ve known since I was in fourth grade, the words stick in my throat: “… in choosing to do wrong and in failing to do good …” Wouldn’t it be easier to blame my parents, TV, heavy metal, the Internet, public transportation, sun spots, hydraulic fracking and light beer for my actions? Do I really have to admit to someone who can grant me forgiveness that my actions are a result of my choices?