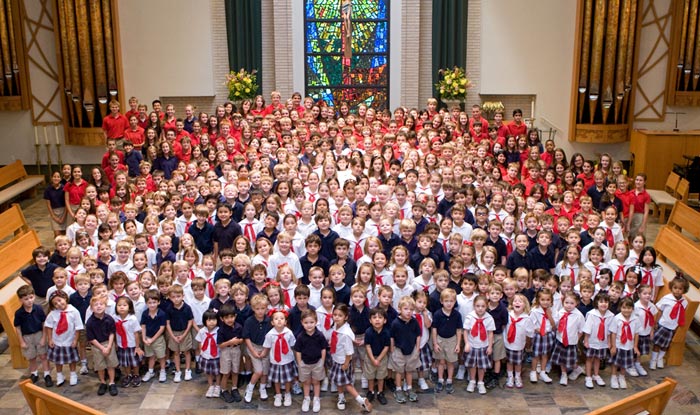 “Catholic schools provide lasting faith formation, vocations to the religious life and priesthood, high educational attainments, and communities of the New Evangelization and should reach out to Latino communities and other underserved populations as part of the Church’s mission to preach the Gospel”, said two U.S. bishops in a presentation to the Fall General Assembly of the U.S. Conference of Catholic Bishops , November 10.

Archbishop George J. Lucas of Omaha, Nebraska, chairman of the USCCB Committee on Catholic Education, said: “Catholic schools operate as communities rather than bureaucracies and that the results are higher levels of student engagement and achievement. 99 percent of students who attend Catholic high school graduate, 87 percent of Catholic high school graduates go on to attend a four-year college and that, according to the National Assessment of Educational Progress, Latino and African American students attending a Catholic school are more likely to graduate from high school and college”. 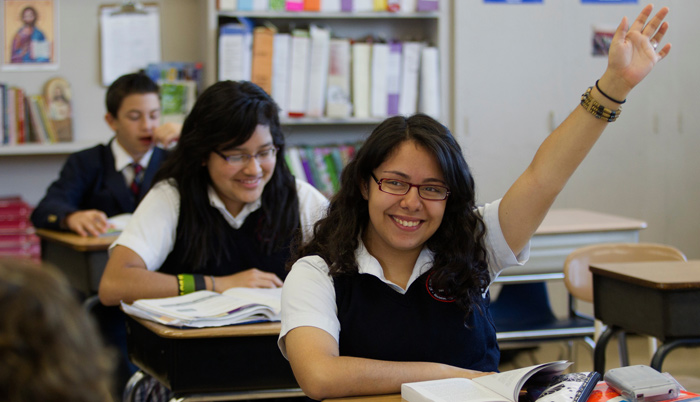 His Exc. Mgr. Daniel E. Flores, Bishop of Brownsville, Texas, Chairman of the Commission on Cultural Diversity in the Church, said: “there is no parish school system in Latin America and that Catholic schools are usually private, and often unaffordable to most families. Parents do not know how to access the system, think they cost a lot of money and, without much further consideration, discard even the thought of inquiring”, he said.

But this mentality is changing: the percentage of Latino children enrolled in Catholic schools in the United States has grown from 12.8 percent to 15 percent over the last four years. “The needle is moving in the right direction, even if slowly”, said Mgr. Flores.