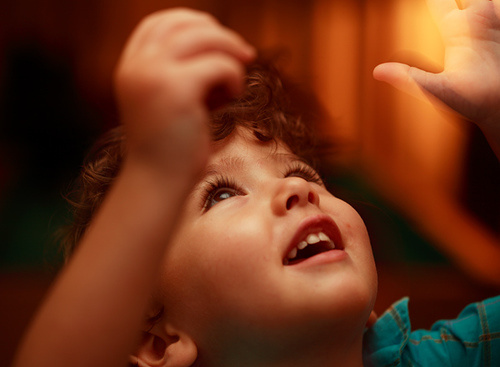 “Who is the greatest in the Kingdom of heaven?”
Imagine Joshua’s popularity rating when, in the first reading, Moses hands over the reigns before all of Israel. “Then Moses summoned Joshua and in the presence of all Israel said to him, ‘Be brave and steadfast, for you must bring this people into the land which the LORD swore to their fathers he would give them…'”  Here was his trusted servant now being put in charge of leading the people into the promised land.  But as we saw with Moses and Aaron, popularity came and went as quickly as day turned into night.
So too, the disciples are interested to a degree in popularity. “Who is the greatest in the Kingdom of heaven?” they ask.  Many seek out the great ones so as to imitate them.  Some seek out the great ones to be like them. Unfortunately human weakness raises its ugly head and those who seek to be like the great, rather than imitate the great, do so because they lust popularity.

Being like a little child, humble, honest and free is Jesus’ answer to them. Abraham Lincoln once said, “Avoid popularity if you would have peace.” Popularity is a very dangerous status because it is so fragile and draws so much from the beholder for sustenance.  Without warning it can shatter and break, leaving the beholder with exhausted and empty hands.  Heaven can seem far away at the point.  And yet it is never closer for no longer is popularity or greatness the goal.  Holiness is.  Plain and simple.  Just like a child. “Amen, I say to you, unless you turn and become like children, you will not enter the Kingdom of heaven.”