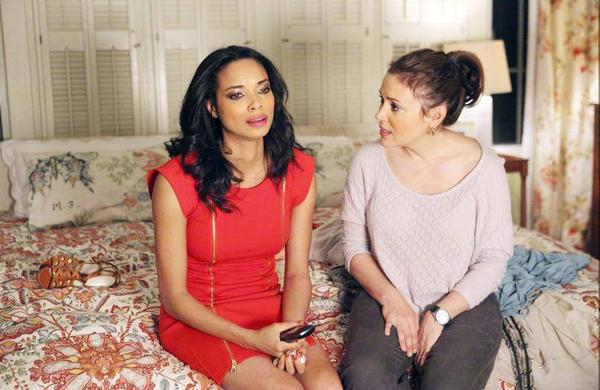 “The head of John the Baptist.”
In something that reads like the “Mistresses,” we are presented with a convoluted set of facts about two principal characters.

Herod Antipas was the son of Herod the Great, who apparently had at least 4 wives.  Antipas was married to Phasaelis, whom he divorced to marry Herodias. Herodias was the granddaughter of Herod the Great, and the wife of Antipas’ half brother, Herod II (who was thus her brother-in-law and also her half-uncle). Herodias and Herod II had a daughter, Salome, making her Herod Antipas’ half niece (and his stepdaughter once he married Herodias). 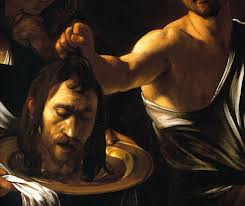 Herodias decided to divorce Herod II to marry Antipas, who was then tetrarch of Galilee.  John the Baptist chastised Antipas for his divorce and subsequent marriage to his former sister-in-law. Reading between the lines, John has apparently irritated everyone by his condemnation of the marriage, but most especially Herodias.  Antipas seems to be easily manipulated by Herodias, and Mark stated that he both feared John and was perplexed by his teachings.  Antipas also seems to have been aroused by Salome’s dance and thus had even more moral ambiguity going on in his head. 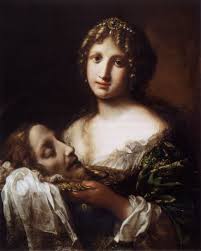 Sexuality, seems to be one of the most terribly powerful motivations of human behavior that ever was, is and will be.  As the Bible and real life show us over and over again, disordered sexuality has brought down kings, governors and ordinary disciples of God.  Yet it is with compassion that we treat ourselves and others who may be weak in faith and sexual morality.  Remember that John acted as prophet but so does Paul when he speaks to the Thessalonians in today’s reading.  Seeing their weakness, he first affirms their strengths.  “What thanksgiving, then, can we render to God for you, for all the joy we feel on your account before our God? Night and day we pray beyond measure to see you in person and to remedy the deficiencies of your faith.”

Not a bad example.
(Adapted from Tom Purcell)