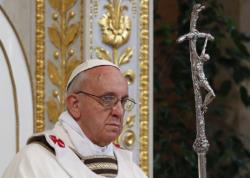 (FFHL.blogspot.com)(News.va) With over 2 million pilgrims expected to participate in World Youth Day, it’s one of those days when you wish the statistical likelihood of it happening would have been wrong, but it wasn’t.  This morning, Pope Francis and the world learned of a tragic accident of pilgrims making their way through France to start the next leg of their trip to Brazil for WYD ’13 in Rio.
The Vatican reports that Pope Francis was notified of the accident that happened today, Thursday, July 18th and that the Pope “assured all those involved in the accident of his prayers, and expressed his deepest sympathy for the victims, as well as for the rescue workers and all those around them.” The Vatican also said that “Pope Francis sent a special Apostolic Blessing to all those affected by the tragedy.” 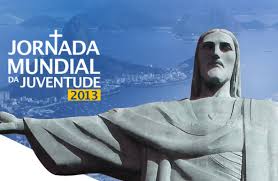 This was sad news amidst the joyful cries of so many young pilgrims arriving in Rio amidst great celebration.  Apparently the “bus carrying young people to World Youth Day was hit head-on by a truck, leaving one young Parisian girl dead, and three other young people in critical condition.”  The cause of the accident is still unknown. According to one French source (Expatica.com), out of the 23 pilgrims on the bus, there were initially five listed in critical condition.  (Click to read more…)
According to Expatica, the bishop of French Guiana announced that a special Mass would be held in the Saint-Sauveur Cathedral in the capital Cayenne next Wednesday evening.
Tekton Ministries expresses its deepest sympathies to the families of injured and killed and assures them of our prayers and sacrifices.